Well, it’s been a while, hasn’t it? In the constantly updating world of our Facebook  and Twitter  pages, it’s easy to sometimes forget about updating this, our web home. So – sorry about that, and I’ll try and make amends by churning out an absolutely HUGE update, with loads of news! 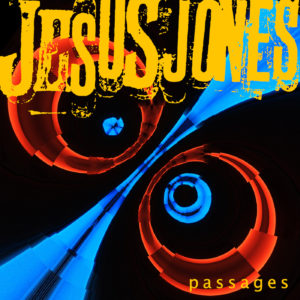 First and foremost – there’s a new album on the way! It’s going to be called “Passages” and it will be released in June. Why “Passages”? Well, according to Mike – “The album is called Passages because I like the variety of implied meanings that tie in with what the songs on the album are about: passages of time and journeys travelled, different sections in a life.”.

It’s our first collection of new material since “London, over 15 years ago, and the process of making it has been vastly different – with Alan in the US, and all of us now spread farther across the country than we’ve ever been (Mike’s now moved again!) we’ve been collaborating across the net. Files have been zipping across the Atlantic for Alan to add his bass, Gen has been carting his drums to Mike’s place, and there’s a backing vocal studio set up in my spare bedroom.

We’ve been working on this record with Pledge, and having a campaign has helped us raise some funds obviously, but it’s also had a much greater effect. It’s allowed us, humbly, to see just how many people out there actually want to see this album made and released. That level of enthusiasm is really inspiring, and it’s definitely pushed us towards making the record as good as it can possibly be. Hopefully you’ll love the end results as much as us!

If anyone out there wants to become part of the pledge campaign – then the site is here: http://www.pledgemusic.com/projects/jesus-jones-new-album

We’ve unveiled the artwork for the sleeve as well, made by our old friend and collaborator Richard Perry. For those of you out there old enough to remember the first ever JJ fanzine “All The Answers”, in the late 80’s, Richard was one of the  people responsible for that, and he’s been in touch ever since, as a vital part of the Jones extended family. It’s great to have him working on this project.

We’ve also decided to get back out on the road again (not that we needed much persuading!), and we’ve lined up a series of dates in May and June, which will be the first chance you all get, to hear material from “passages” being played live. The shows are as follows:

So get your tickets – from Songkick or SeeTickets , or any other place you can, and we’ll see you there! This is just the start of our shows for
2017, as we fully intend to go back out on the road again, for another wave of gigs, hopefully in October. We aim to reach some of the parts
of the UK we’ve not played for a while (off the top of my head – Manchester, Ireland, and Scotland too) and as soon as we have more
dtails, we’ll let you all know.

With all of this activity, one of the things that’s had to change slightly is our merch. In the past, the team responsible for this website handled our merch as well, but it became too difficult, logistically, to carry on. So we now have a new merch team, and we’ll hopefully continue to be able to supply all of your JJ merch needs,
just as before. Of course, any time that arrangements like this change, there are bound to be hiccups along the way, and we’ve done our best to stay on top of these. However, if anyone out there has an order that’s gone astray, or hasn’t been fulfilled, do let us know, by sending us a message, via this site. We’ll do all it takes, to get
things sorted.

So how’s that for an update? Pretty good, huh? It’s an exciting 2017 so far, and it looks like being one of the best years we’ve had in a long, long time!

So, hopefully, you’ll have seen by now that we have reissued our Japanese-only compilation album “Scratched”, on vinyl, for the first time. It’s two pieces of heavyweight vinyl, marbled blue and yellow – so it matches the artwork. Speaking of artwork – we got the original designer Stylorouge to redo all of the design, and bring it up to date. It’s as faithful as we could have made it, to what came out in the 1990s. Totally chuffed with how it looks – and for those of you who have a copy – just look at it, it’s ace!

GIG NEWS! We’re back out on the road, for shows in November!

The last Twitter listening party was amazing, and we’re doing it again! This time, it’s “Perverse”, and it’s going to be even better – hopefully, with your help. It was all the tweets from you, that made it such a blast last time, so get involved again!